Itching to snowride? Well, now you can at Solitude, the first resort to open in Utah for the 2009-10 winter season.

Solitude is welcoming the winter season by opening ahead of schedule! Snowmaking began as early as the first week of October and Mother Nature has been especially cooperative – thus allowing Solitude to move up Opening Day by one week to Friday, November 6, 2009.

Additionally, Solitude will open Link Lift one day only for pass holders, on Halloween Day October 31, 2009 – officially kicking off the 2009-2010 Utah Winter Season. So, don your favorite Halloween costume and treat yourself to a day on the slopes this Halloween. What will you dress as? 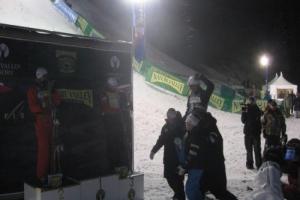 Ski Season is Over in Utah