Skiing and April...Mother Nature is not done yet!

It is April and it is the time of the year when ski resorts start to close and we all get ready for a change of season.  This year, Mother Nature has other plans!  I am going to talk a little about the snow season and use Alta as a benchmark.  We have now topped over 400" of snow for the season with a couple of feet coming in the past week.  For you late season planners, this could be the best time of the year to hit the slopes.  Us locals get a little picky and have our hiking boots out (me) and even though it is still pounding up in the mountains, think twice about heading out.  So, the snow is some of the best of the year, but the crowds are low.

Ski season can start as early as October and end as late as July (normally at Snowbird).  This year has been a little strange in our biggest snow months have been December, February and now April is looking OK.  Weird weather, but who is in control?  Mom Nature!  I look at computer models to watch for trends in the weather.  When a big high pressure area sits for any length of time over an area, it acts as a blocking "boulder" in the atmosphere.  It brings sun, but storms steer around it. It is great for blue bird skiing, but not for powder skiing.  The great thing about Utah is the wide range of resorts in a close proximity and with each storm, different resorts get the big "dump".  This exiting storm passed across southern Utah.  For the whole state, it is the best scenario because no matter which resort you're at, there was snow.  Since it was in the south, Brian Head had a direct hit and had 10" of new snow.  Since a low pressure rotates in a counterclockwise direction, we had more of a south-to begin the storm- and an east flow to end the storm.  This led to a good dump at the Park City resorts with Deer Valley getting the bonus 18"!  The Cottonwood resorts-Solitude, Brighton, Alta and Snowbird-sit in the middle with 12" new.  Nothing to sneeze at for almost mid April!

In looking ahead, another northern storm comes in next Monday evening-Wednesday.  What it means...northern Utah could get another hit of 12"!  Time to travel folks, resorts are getting ready to call it quits!  Get out of the tornadoes/thunderstorms and blizzards in the east and come this way!

On a final note, some weather terms to impress your friends:

Jet Stream: A flow of strong winds in the upper atmosphere that steers storms across the country.

Lake Effect: When cold air moves over the warm waters of the Great Salt Lake and dumps big snow-normally SE of the lake in the Cottonwood Canyons.

Greatest Snow on Earth:  Utah has it with the perfect density of snow to ski between 7-8% water content. We sit between the Sierra Mountains and the Colorado Rockies.

Pacific storm system:  Low pressure coming off the Pacific-normally NW so gives Utah a cold northwest flow which is good for big snow.

Cold front: Leading edge of cold air moving in and "shoving" the warm air out of the way.

Winter storm warning: When significant snow or ice is expected.  Critiria varies in different parts of the country.

A great source for definitions is here.

I hope to get another couple days of skiing in, how about you? 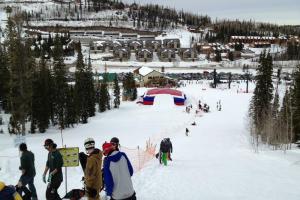 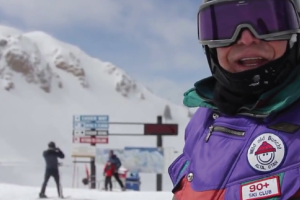