It’s really no secret, Utah has great snow. In this year's Ski Magazine poll, Utah took home five of the top ten spots in the nation for snow. While Alta fell from the top spot in previous years, I personally wouldn’t be too worried. Alta ended the past couple of seasons with close to 450 inches of snow. That was enough for a first and second place finish in the polls. The majority of readers may look at that and say, “Wow! 450 inches of snow!” But those numbers are way below normal. Alta usually sees about 550 inches of snow in a season. If you don’t believe me, check out these statistics. You won’t find another resort in the lower 48 who averages more.

On a side note, many folks have been asking me about my winter prediction for the upcoming season. Right off the bat I need to say I don’t like long term forecasts and I don’t believe in them anyway. You may be hearing it’s going to be another lame winter, or that El Nino is coming so it’s going to be huge, either way I’m not buying it.

The one thing I will confirm, something has changed in the Utah atmosphere this summer.  While California continues to suffer an epic drought, we in the desert southwest had an extremely wet and rainy summer (by our standards). The storms coming up from the south during summer monsoons have been super beneficial, but personally I don’t see any correlation between wet summers and wet winters. These storms, many of which were hurricanes, come from the south. Our winter weather needs to come from the West or North West.  Like I mentioned earlier though, something has most certainly changed this summer. This leads me to believe that we will no longer be in the same weather pattern we’ve seen the past three years.

Remember though, take what you hear with a grain of salt. I’m a meteorology drop out. But, when it comes to finding the white stuff in Utah, I get straight A’s! So when it snows this winter and I tell you to get off your butt and ski some powder, you better listen!

Here’s a quick example. My good pal Justin threw together this video of us skiing and riding together over the past 3 years. And just remember all this footage your about to see came during bad snow seasons. Life is rough...

Getting a Snow Fix in July 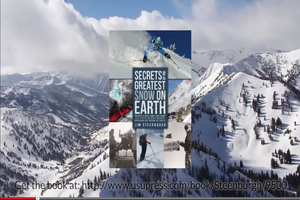 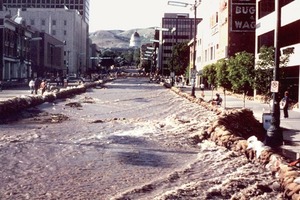 The Return of El Niño

How to Properly End a Ski Season