Some walk the walk, others blog about it...

Last month I stated on this blog that I would make it my mission to ski in September and complete my first 12 consecutive months of skiing. Well with only three days left in the month and work piling up, it looks like I'm going to fall short. Too many trips back east to New York and one trip to Vegas which cut my life expectencey in half and I guess I've officially given up the quest. I guess some of us just talk a big game and others act on it. So now it's time to heckle the crap out of me, have at it in the comment section.

Fortunately for those of you who read this blog expecting to see pictures of snow and skiing I wont let you down. Two friends of mine actually walk the walk and just don't talk the talk! Kevin and Mike from Park City Television made it up to the Bird on September 24th, 2011 and successfully skied another month here in Utah. For Kevin this was his 48th consecutive month of riding.  Let's all give Kevin some props.

On another note, early yesterday morning I posted on facebook that there was a pretty good chance that we could see some real measureable snow next Wed-Fri at our higher elevations. If you don't believe me check out my post.  Well anyway, looks like the National Weather Service in SLC is seeing the same thing. Here is what they had to say this morning.

A SIGNIFICANT PATTERN CHANGE IS POSSIBLE BEGINNING THE MIDDLE OF
NEXT WEEK. AHEAD OF THE COLD FRONT...STRONG SOUTHERLY WINDS MAY
AFFECT WIND SENSITIVE OPERATIONS AS WELL AS POSE AN ENHANCED THREAT
OF CRITICAL FIRE WEATHER CONDITIONS. BEHIND THE COLD
FRONT...COOLING TEMPERATURES AND A PERIOD OF UNSETTLED WEATHER MAY
LEAD TO HIGH ELEVATION SNOW SOMETIME DURING THE LATE WEEK

This may be a perfect time to get involved in the Guess the First Snowfall Contest at Park City Mountain Resort, hint, hint... Winners win two free day passes.  Check out the following link and make a guess.  http://www.parkcitymountain.com/winter/contests/11-12/first-snow 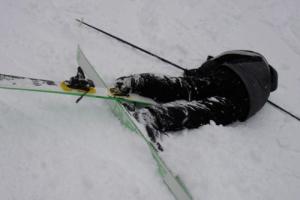 First Snow of the Season and UAC Party 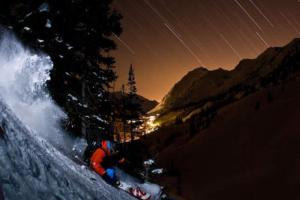 Christmas in August, well for me anyway!

Are You Ready For Winter?

Jibbin in the park with the Wasatch Project