Lately, it seems you can’t swing a ponzu-glazed-bacon-encrusted chicken wing without hitting another local chef getting attention for his or her culinary wizardry. I’ve barely cleaned my plate at the latest “you’ve gotta try it” joint and suddenly “so-and-so’s newest project” is added to my list. I’m not complaining. Utah is becoming a foodie mecca! So, while keeping up with new openings is a challenge (violins?), I happily unfold my napkin and dig in to the task.

Those of you in town for a quick ski weekend only have a limited number of dining experiences and hence, no time to wander aimlessly through every dining guide on the internet. Here’s a SHORT list of who’s hot and which restaurants are creating buzz.

Star Power: Brown was just selected as a finalist by the James Beard Foundation for the 2014 “Best Chef: Southwest,” winners to be announced in May. In 2011, Food and Wine Magazine included Chef Brown in a very small group of the “Best New Chefs in America.”

The Buzz: Forage is on the OpenTable Top 100 Fit for Foodies Restaurants and the Eater.com “50 Meals to Eat in the 50 States Before the Apocalypse.” Last Supper worthy? I'm in!

The Buzz: This week, Rogers represented Deer Valley on NBC’s “Today,” showcasing some of her jaw-achingly tasty pancakes. Rogers oversees all menus and events at Snow Park Lodge and Empire Canyon Lodge at this world-class resort, which was awarded “Best On-Mountain Food” by SKI magazine.

The Buzz: The doors just opened, as in yesterday, and while I haven’t tried it yet, it seems owners Ryan and Colleen Lowder can do no wrong. The little brother bar of The Copper Onion next door—an American bistro that is always bustling and impressing—Copper Common seems to be about meticulous cocktails paired with bites equally crafted with care. Note: Lowder opened Copper Common in the corner spot that WAS Plum Alley, the highly successful ramen and Asian small plate heaven. Risky move, but word is Plum Alley will reopen someday in “the perfect spot.”

The Buzz AND the Star Power: Wonder Twin powers, activate! Ty Burrell of sitcom “Modern Family” and Chef Viet Pham who beat Bobby Flay on “Iron Chef America” and was a finalist on “Next Food Network Star?” Pow! Just read this. 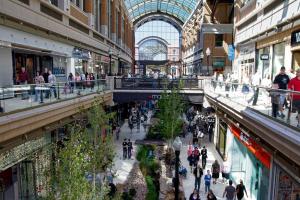 Discover Utah Beyond the Slopes: A Day at City Creek Center 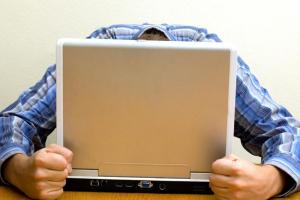 How to work full time and stay sane during the winter

Margaritas = Celebrelaxation. Say it with me, now.