Have you ever had an idea for something that hit you at the strangest of times, only to persist until you have pursued it many years later? For ex-US Ski Team alpine racers Erik Schlopy and Bryon Friedman, Soul Poles is an idea whose time has come but has been many years in the making to get off the ground.

For Schlopy, he had an epiphany while driving through Europe. He was on the homeward bound road, extracting himself from an illustrious World Cup and Olympic ski racing career that he literally retired from while mid-turn in a race in 2009. Perhaps it was thoughts about what comes next in life that filled his head, but for whatever reason, he asked himself "why isn't anyone making bamboo ski poles?" Good question.

About the same time, US Ski Teamer and friend Bryon Friedman was asking his own questions about the next steps in life. Already a budding musician, Bryon was writing songs and getting his chops together for a life as a performing musician (Bryon has two CDs out right now, with a 3rd on its way. Check out www.bryonfriedmanmusic.com). The two friends put together a really simple idea with lofty ambitions: to change the ski industry with something small, something every skier needs, and do it in an eco responsible and artistic way.

"We started the concept with a slideshow presentation, says Friedman. We had a lot of early support from local retailer Colesport. Gary Cole is passionate about recycling and sustainability, and they really encouraged us to develop our proof of concept. Many prototypes later and with the overwhelming support of their staff, we knew we were on to something."

Soul Poles are made in the U.S.A., right here in Park City (although bamboo doesn't grow well in Park City, so they source that elsewhere). The modest headquarters is a comfortable space with music playing in the background, but the sort of place you can go and just hang out, and people frequently do. "We've got some folks in town that come by and help us make poles. We tell them if you help out and work a little bit, you can have a pair." In talking with Bryon about the start-up operation, you can just feel that the passion of a musician and artist is getting infused into the product. While Bryon shows me the sorting bin, the cutting station, the drying kiln, and a few other stops on the assembly line he is bursting with energy, and I feel like he is going to make a pair of poles right there because he has to. "If you are going to do something, you have to truly believe in it" says Friedman.

Soul Poles start out at around $100 for a pair, and go all the way up to $250 for their limited edition artist series poles, which are hand-painted by Alaska-based artist R. Nelson Parrish (www.rnelsonparrish.com). What does that money buy you? Sure, you can pay the same and get a lightweight pair of poles that are made from high-tech carbon fiber in some assembly line in China. But that's just more stuff. Where's the soul in that? Skiing is a soul sport, fueled by passion, music and artistry, so why not ski with poles that have a little soul?

An increasing number of retailers are early adopters of the Soul Poles vision. In Utah, check out the goods at Colesport (they have their own limited edition model) and Bahnof Sports in Park City. Other well-known high-end ski shops like Gorsuch in Colorado and Peter Glenn on the east coast stock Soul Poles. And if you like shopping for your ski gear in your pajamas from your iPad, Utah-based backcountry.com is also offering Soul Poles.

Manufactured with soul right here in Utah. Park City, to be exact.

From basic clear bamboo to artist hand-painted versions, here are some poles ready to ship.

Getting after it with Soul Poles.

So you're telling me there's a chance. 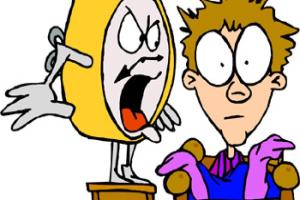 How To: Get Going