"The cold temperatures we've received over the last few weeks have been great for snowmaking, superpipe and terrain park building," said Jeremy Cooper, Park City Mountain Resort's new terrain park manager. "We've spent endless man hours building the pipe and park over the last few weeks to provide the best possible product for potential Olympians who will use our pipe as a training ground for the 2010 Winter Games."

Park City Mountain Resort's Eagle Superpipe is the first and largest Superpipe to open in Utah for the 2009-10 season. The historic pipe, where U.S. athletes swept the men's podium and won gold in the women's event during the Salt Lake City Olympics in 2002, will entertain the masses with Olympians again. The U.S. Snowboarding Grand Prix makes its final stop at Park City Mountain Resort for back-to-back night competitions, Jan. 22-23, after which the winners will be crowned and the 2010 U.S. Snowboarding Olympic halfpipe team will be named.

The PayDay terrain park will remain open with jib features for the remainder of the season. Beginning Christmas Day the PayDay jib park will be lit for night skiing. 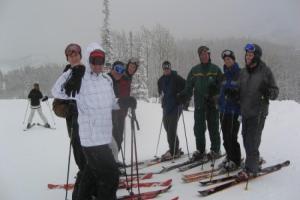