Truly one of the most remarkables stories that has surfaced in recent memory in the ski and snowboard industry, without further adieu, the independent documentary Far From Home. The film retraces the journey of Brolin Mawejje, from his childhood in Uganda, to his struggles in America, while documenting his road to the Olympics and medical school. Brolin’s story holds the power to change lives as it is an embodiment of what so many of us strive to find, our true potential. Brolin is a student at Westminster College in Salt Lake City and uses the Wasatch Mountains to polish his riding skills as he sets his sights on representing Uganda in the 2018 Olympics. And not to be overlooked, the film is being produced by a small group of friends who are also students at Westminster College. The producers are hoping that this film will be accepted into the 2015 Sundance Film Festival. Enjoy Brolin's unlikely story that started in Uganda and has taken him to the Rockies' snowiest peaks. 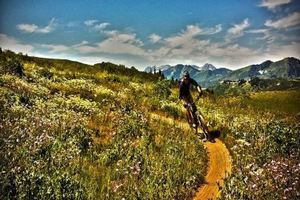