When Phil Hessler and Galen Knowles had the idea to make a film on my life story I was hesitant. Not because I don’t like being in front of the camera, but because it would be the first time that I’d really put my story out there for the world to see.

Our social structures often encourage us to keep our personal matters to ourselves, but through film, we’re given an opportunity to share our stories, and along the way hopefully inspire others to do the same.

Through creating this film, WZRDmedia has given me a gift, and that never would have come to fruition had I not moved to the mountains.

I came to Salt Lake City for logical reasons. It’s the closest major metropolitan area with an international airport and world-class schools to the mountains. Though I came to Utah for practical reasons, I’ve stayed for the emotional. Since I began living in the shadow of the Wasatch Range, I’ve had the good fortune to dance under the stars on Superior, nearly fall off the Pfeiferhorn midway through the WURL, and hone my climbing skills on the smooth granite of Lone Peak. I’ve met friends that have become business partners, shared countless chairlifts on pow days with people I love, and put down roots in the Salt Lake City’s desert environment, far from my native home of Michigan.

Snowboarding, and through that my connection with the outdoors, is what keeps me going. It’s the reason I wake up early and god to bed late. It’s the reason I chose Westminster College, moved to Utah, and decided to pursue a career in film production with WZRDmedia. It’s the reason I’ve spent the last five years writing Don’t Call Me Gypsy, which I released on Kickstarter today.

Don’t Call Me Gypsy is the memoir of a young man traversing the American West. It’s how I’ve coped with what I’ve been through, but it’s also guaranteed to make you laugh. What’s it about? Well, mainly camping, sleeping in truck stops, exploring national parks, going toe-to-toe with a bull elk, cooking gourmet food on a Jetboil, beer, soul searching, the environment, and more camping. I'm a simple man; therefore, it's a simple book.

Writing this book is one of the ways I’ve coped with the losses in my life. I chose to be a victor, not a victim, but to do that I needed to come to terms with my father's alcoholism, my home burning, and my dream of snowboarding professionally being dashed. We’ve all experienced loss, it’s a part of being human, but it’s how we react that sets us apart. Sharing my story through this film and writing Don’t Call Me Gypsy has helped me surmount the emotional barriers that have long held me back.

Thank you for your support,

Back Book on Kickstarter 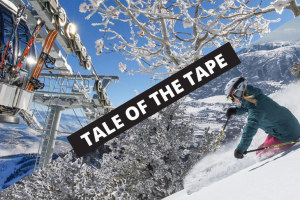 Yeti High-Fives: Winter is Near 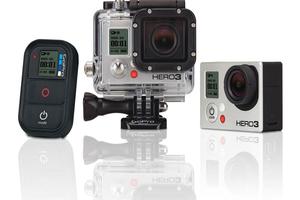 Getting the Most Out of Your GoPro

Getting the Most Out of Your GoPro

Life After the Accident. All was lost but then...