My kid made me do it

Warning! Parents and grandparents who teach their offspring to ski or ride put themselves in the fast lane to trouble. Kids progress so rapidly that they ski and ride compatibly with you for only 15 minutes of their lives. After that, they leave you in the dust or get you into trouble. Check these vignettes.

Two shoulder Lenny. Lenny's a father and a fully certified PSIA instructor with more than 40 years of teaching experience from first-ever beginners to experts in trees and chutes. Got the picture? He's a master instructor and super skier. But Mr. Super Skier got humbled when he skateboarded with his son. "My board had wheel-wobble and I crashed," he said. "I took out a mailbox and broke my shoulder." He broke the other shoulder when he crashed long boarding with a tow rope behind junior's motorcycle.

Peace ride. An adult snowboarder flailed his way onto the moving chairlift and knocked three of us off right there on the loading platform. We reassembled, and all the way up he assured us he's a good skier who's crossing over to boarding. "My son refuses to ski, so I'm learning to ride," he muttered. "I've got to keep family peace."

Got a flashlight? Galen and his son enjoyed skiing an unfamiliar mountain, but his son took a wrong turn on their last run and they were lost on the wrong side of the ridge. They clobbered their way down in the dark and through the forest until they reached a cabin and phoned the resort. Can you come get us? They were 35 road miles away. Kids don't have to be teenagers to create havoc. Munchkins do it too.

Missing munchkin. Marie put her four year old grandchild into ski lessons where she learned quickly. A few days later she led the family pack down a slope and into a mogul field. "She's so little she disappeared behind the deep moguls and that nearly gave me a heart attack," Marie said. "And it was all I could do to keep up."

Tripping dad. A doting dad followed his tot down a gentle slope, videoing every precious wedge turn. He skidded along, focused intently on his hand-held camera – until he hit a rope line and flipped over it.

Kids! What trouble did your kids get you into?

Harriet Wallis has been a ski writer, editor and photographer forever. She learned to ski on a dare when she was in her mid 30s and has been blabbing about it ever since. Read more from Harriet on Ski& Snowboard News at http://www.skinewsutah.com/ 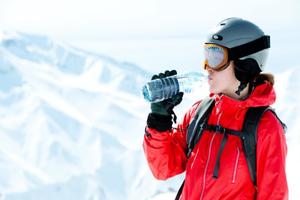 How to Avoid Altitude Sickness on Your Next Ski Trip 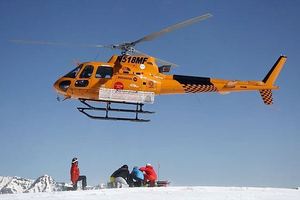 Yeti Statue to be built in Downtown Salt Lake City