Solutions to your transit tribulations

This isn’t your typical slow, dirty subway you might find in a bustling metropolitan area. UTA’s above ground, light rail train dubbed TRAX is a clean and modern option of travel around the Salt Lake valley. With a newly built line linking the airport to the existing downtown lines, connecting each step of your trip is easier than ever.  Find all the resources you need including routes, schedules and more by visiting UTA Trax.

In addition to the popular Trax line, the UTA operates an extensive system of bus routes throughout the valley to help you reach your destination. Routes are available from almost any area of the valley, making the UTA system the most effective public transit option for getting to the mountains. On top of that, students have premier access to the Ski Bus, an express bus that picks up from the U campus and makes only 5 stops on the way to Big Cottonwood Canyon. If your destination is Little Cottonwood, catching a connecting route is easily available at the mouth of the canyon.  Daily routes also run from the valley to neighboring Snowbasin, Sundance, Powder Mountain and Park City areas for your convenience.

If public transit just isn’t your thing or you want to experience skiing full service, give one of the many private shuttle companies a ring. A shuttle can take the hassle out of getting to the slopes, letting you enjoy more time with your ski buddies and skip the parking debacle altogether. From luxury SUVs to full size vans, these private services have you covered. Check out Canyon Transportation or our Transportation Resources for more info.

We’re not asking you to go out and thumb for a ride, but this is a great way to make the trip just a bit cheaper and even reduce that carbon footprint you hear so much about. Hey, you might even learn something new about those friends of yours! If you’re a college student (or just on a budget) along the Wasatch this is probably your go to option. Thanks to the network of bus stops along the front, parking lots designated for skier vehicles are widely available, making perfect meeting spots for you and your crew.

Time Magazine ranked Salt Lake City as the #3 best city for public transit, with 89% of working age citizens near a transit stop and averaging a wait of less than 9 minutes! Talk about service! Find the full report and other ranked cities here.

“Today, UTA operates a fleet of more than 600 buses and paratransit vehicles, 400 vanpools, 146 light rail vehicles, 63 commuter rail cars and 18 locomotives in a 1,600 square mile service area that stretches over six counties from Payson to Brigham City. The Authority serves the largest segment of population in the State of Utah, approximately 1.8 million and operates in one of the largest geographical service areas of any transit agency in the U.S.” - Learn more about Utah Transit Authority. 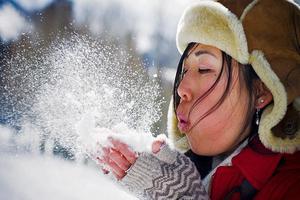