The Tour of Utah

The Tour of Utah is rolling through Utah right now, a seven-day stage race filled with grit and determination and dudes with really, really strong legs. Check out the below line-up, highlighting each day.

The Larry H. Miller Tour of Utah is a multi-stage, professional bike race that takes place annually across the state of Utah. 10 years after its first race, the 2016 Tour of Utah presents some of the most elite cycling competition from around the world. Due to its altitude, distance, and extreme temperatures, the Tour of Utah has widely been referred to as "America's Toughest Stage Race." The race is comprised of seven stages ranging from the heat of Zion to the mountains of Park City.

The race kicks off in the heart of Southern Utah at Zion Canyon Village. The riders gain 6,679 ft. of elevation across a distance of 84 miles. They wind through high alpine forests with elevations up to 10,000 ft. and eventually, bike through the red rocks of Cedar National Monument and into Cedar City.

Stage 2 takes place on Scenic Byway 12, which is widely regarded as one of the most beautiful roads in the world. It traces the scenic landscape from Escalante all the way to Torrey, Utah. The stretch is 99 miles long with an elevation gain of 9,435 ft.

Hump day! Stage 3 of the Tour of Utah begins the transition from Southern Utah to Northern Utah. The 119 mile stretch takes the riders from the desert of Richfield to the base of the Wasatch Mountains in Payson. During this stage, riders climb 3,000 ft. of Mt. Nebo, which is the highest peak in the Wasatch and the reason the race is dubbed "America's Toughest Stage Race." This stretch covers a total of 6,337 ft. of elevation gain.

Stage 4 has the recipe for a full field sprint, however it's not as easy as people make it out to be with 96 miles of distance and 4,505 ft elevation gain. This stage begins in Lehi and finishes at the Olympic Oval in Kearns.

Stage 5 takes riders from the beauty of Antelope Island State Park to the northern city of Bountiful. The riders climb 6,948 ft. across a span of 114 miles. This stage brings in many supporters as the Mayor of Bountiful, Randy Lewis hopes to bring in 50,000 spectators this year.

Stage 6 of the Tour of Utah takes riders from Snowbasin resort, through Park City and up to Snowbird Mountain Resort. It is a battle against the altitude as the riders wind up and down canyons, travel 114 miles, and gain 11,165 ft. In the last 35 miles of this stage, riders climb 6,000 ft. If they are lucky, they will catch some cool temperatures in the high altitudes!

The last stage of this event is referred to as Empire Pass. This stage is just about every riders worst nightmare as it is referred to as the toughest climb race in the United States. Riders face grades averaging at 10% and reaching up to 20%. The riders travel 78 miles and gain 7,883 ft of elevation. The race comes to a close in Park City with one final climb to the top of Main Street.

King of the Mountain Jersey (KOM)

Every year, the KOM jersey is awarded to the tour's strongest climber. We are fortunate to have our fat flake featured on this jersey representing one of the toughest riders out there! 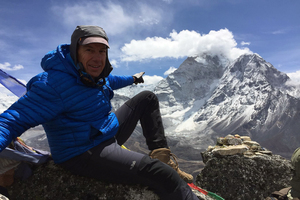 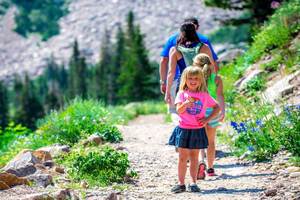 The Boom in Your 4th of July