This weather discussion and snow stoke is provided by our friends at Wasatch Snow Forecast.

Utah is coming off a fantastic end to 2016 with a December that featured a constant stream of storms.  The frequency of fresh snow has left us powder hounds giddy.  We now have snowpack numbers above average across nearly the entire state.  If that weren’t enough, 2017 is pumping up the volume on this powder party.  With only 3 days gone in the New Year, we’re already measuring snowfall in feet.  The central Wasatch recorded 2-3 feet from our storm earlier this week. If you can believe it, that was just the appetizer.

The next storm is already upon us and we’ll see significant snowfall on Wednesday and Thursday (January 4-5) for the mountains of Northern and Central Utah.  Accumulations by Thursday evening will likely be 1-2 FEET with up to 3 FEET in spots.

Then, after a break Friday and Saturday, the 3rd storm arrives.  This storm is biggest of them all and will bring historic rain and snow amounts to California.  Eventually that moisture will move inland and bring snow to the mountains of Utah.  What makes this storm so impressive is the huge plume of deep tropical moisture that the system is tapping into – a true Atmospheric River. This can be seen on the forecasted precipitable water for Sunday morning:

There is a lot of hype around this storm, and you may be wondering, is it warranted?  Quite simply: Yes. I have been closely watching storms for the better part of the last two decades, and I personally have only seen numbers like this a handful of other times.  The highest elevations of the Sierra Nevada could see up to 20 FEET of snowfall over the next 7-10 days.  No, that wasn’t a typo.

For us in Utah, we won’t get that much snow, but we will still see a lot of it.  We also shouldn’t have to deal with snow level issues like our neighbors to the west.  How much snow?  Well, if models are right, we could be adding another 2-4 FEET of snowfall from Sunday to Tuesday of next week.  This can be seen in the following forecasted snowfall, notice the amounts are off the charts:

When you add together what we saw earlier this week, what we are seeing now, and what we will see late this weekend into early next week, we could be looking at 6-8 FEET of the Greatest Snow on Earth for some Utah ski resorts.  That, my friends, is some impressive snowfall totals for the first 10 days of 2017.  If that weren’t enough, early indications are that we could have additional storms beyond the middle of next week.  January 2017 could be aiming to make a run at the record books! 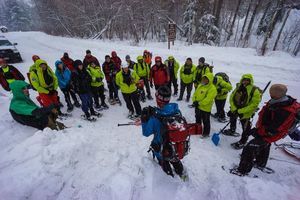 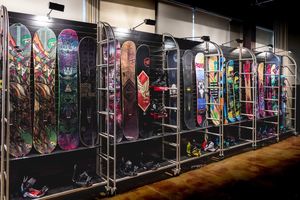 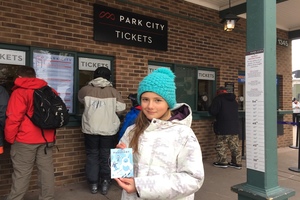 Reasons to be excited to be a 5th grade passport kid!