This weather discussion and season outlook is provided by Evan Thayer of OpenSnow.

It’s no secret that the vast majority of the western United States had a tough start to their ski season. The snow that is normally plentiful just wasn’t consistently falling. Utah was no exception.

Typically our season really gets going after November 1st, and from then on, we just pile up the snow. But this year was different. Through the end of January, and even the first week of February, Utah ski resorts had received only 80-120” of snow. This might sound like a decent amount, but typically these same resorts would have seasonal totals in the 150-250” range at this time. We were still skiing top-to-bottom at almost all resorts, but it just wasn’t the typical powder-filled Utah winter we’ve come to expect as almost a birthright.

In early February, the snow was confined to just the high elevations of Utah, as seen on this NASA satellite image taken on February 7, 2018. Images courtesy of NASA/NOAA:

Luckily, things started to change during the second week of February. The stubborn ridge of high pressure that had been keeping us dry started to weaken and shift west into the Pacific Ocean. This allowed a series of relatively weak, but cold systems to enter the region. After the middle of February, we started seeing frequent powder days with overachieving storms. President’s Day weekend featured some of the best powder of the season. This pattern of frequent, cold storms continued thru the end of February.

As we entered March, the ridge of high pressure in the Pacific continued to retrograde (move west). This allowed the trough of low pressure to also shift west. In this pattern, the storms are able to track over the eastern Pacific Ocean before pushing inland. This over-water trajectory allows them to pick up more moisture. Sure enough, over the past few days, one such storm pushed into California, bringing heavy snowfall to the Sierra Nevada. By the time the storm reached Utah this past weekend, it had plenty of moisture remaining as well as cold air from the arctic. Heavy snow fell with the cold front Saturday night into Sunday (March 3-4), followed by a cold northwest flow that favored locations such as Alta Ski Area and Snowbird. In total, over 30” of new snow fell in Little Cottonwood Canyon, making it our biggest single storm so far this season.

Due to this pattern of frequent storms, which culminated in the big storm this past weekend, Alta has now received 120 INCHES of new snow over the past 30 days! Here are graphs showing Utah's recent goods from Ski Utah's snow report.

Notice the frequent storms with the biggest of all just this past weekend. Up north, places like Powder Mountain also saw frequent storms which piled up, allowing them to get Paradise Lift open last weekend. In total, 74 inches of new snow in the past 30 days at PowMow:

Eagle Point resort outside of Beaver, Utah was able to re-open a couple weeks ago and celebrated with 15” of fresh snow this weekend.

Because these storms have been cold, the snow quality has been incredible and the powder lasts for several days after the storm. Even the valleys have been seeing frequent snowfall. The satellite imagery now is in stark contrast to what we saw at the beginning of February. Now, much of the state is covered in a blanket of white (image from March 5, 2018):

So after a great start to the month of March, will the stormy pattern continue? Right now it looks like we will have a bit of a break in the action, but long-range models are currently favoring stormy and cold weather returning for the second half of the month. March is actually my favorite month to ski in Utah. It’s one of our snowiest months, we have a deep base, and some of the tourists and locals alike are moving on to more Spring-like activities so the mountains are often empty. It’s too early to call this a “Miracle March”, but we’ve certainly had a good start coming off a great second half of February.


Winter has most definitely made a comeback here in Utah! 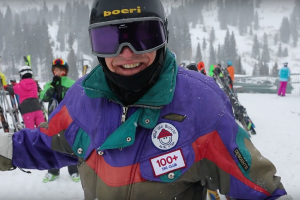 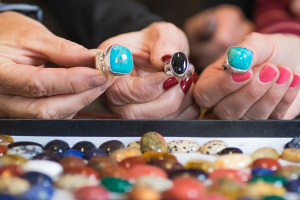 Sundance: Where your Imagination is as Engaged as your Ski Edges 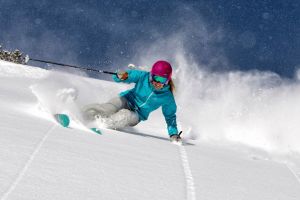 Serious About Skiing and Travel? The new IKON PASS is your ticket

The Biggest Storm of the Year