Après Adam here with step 10 of my 12-Step Program for Après-Ski Conditioning. I’m here to help you have the best après-ski season of your life!

Election season is finally over! After a rather divisive presidential campaign, with a surprising little twist in the finale, I think it’s safe to say that we could all use a drink right about now. And what better way to clear those gaps and smooth out our bumps, than a comforting drink and a tasty snack after a long day on the slopes?

Well, I’m here to offer you that drink and that snack. And not just any drink and snack, but the greatest après-ski running mates of all time: Wine and Cheese.

We’ve just elected a president that has plans to take our country back to when our country was originally great, (or maybe when it was great for a second time, or third time, who really knows?), Some generic time that everyone can agree was probably somewhere after World War II and before Y2K, depending on the target demographic you identify with.

So, let’s sip on our chardonnay, munch on some manchego, and reminisce about the golden days of après-skiing,  when all that mattered were white flakes instead of black diamonds. When ski bunnies wore Bogner stretch pants instead of pant suits, and the first lady posed for photos in actual ski clothes. I’m talking about the early-1960’s.

Believe it or not, après-skiing has been around long before you and me. Before Fireball shot skis, Canadian Caesar's, and PBR’s.

This is why we need to take après-skiing back to its classy American roots. And that starts with wine.

Wine has historically been the drink of choice for après-ski. You could say, that wine trumped all other beverages after a day on the slopes. And not just white wine. From mulled wine to boxed merlot, you can ask anyone. They’ll tell you. It’s great.

Megan Michelsen said just as much in her inspiring article in Mountain Magazine, titled “We Were Winos, Once and Proud,”And since she knows all the best words, I’ll just quote her,

“Wine and skiing have deep ties. You’ve seen those black-and-white photos of old-timers in Sun Valley with wooden skis and bota bags. Brits have been flocking to France for wine-laden ski trips for generations. But in North America, sometime around the 1970s, pitchers of cheap beer became the modern après ski drink of choice. This might be tied to the parallel shift from fondue to nachos at that time, but we’ll leave that for the historians.”

Now is the time to bring wine back to après-skiing. Cheap pitchers of beer have had their run and typically have very poor ratings.
Fortunately for us here in Utah, we have some great options for bringing wine back to après-ski. While wine is still required to be purchased at state-run liquor stores, most restaurants have licenses to sell both beer and wine. Meaning that when you see your waitress, you don’t have to grab her by the elbow, and ask to sneak in your own bottle.

After a long day of schussing around Park City, one of my favorite places to enjoy some wine is Old Town Cellars (OTC). Located on historic Main Street just across the pedestrian bridge from Town Lift Plaza at the base Park City Mountain, OTC is a winery that blends and bottles wine from different regions of the world. They choose not to discriminate between grapes based on preconceived ideas of what wine should look like, but rather whether or not grapes will work and be compatible with other grapes.

They offer sample flights of their wines, meat and cheese boards, chocolates, breads, and a world class place to hang out and après-ski the way we were meant to.

Not only is OTC the “Official Wine of Après.” They are founded and run by Jason Morgan and Stephen MacKay, two ripping skiers that grew up in Park City. Their goal is to put class back in the après-ski scene.  American class.  The best class.

I’m a yuge fan of their world-class wines.

Don’t Be Scared of the Melting Pot

Finally, it’s time to get a little cheesy. And I do mean cheesy. A staple from the beginning days of après-skiing, cheese is the perfect snack after a long day on the slopes, followed by a few glasses of wine of course.
Probably my favorite way to enjoy cheese is in a giant melting pot, à la fondue. Once a widely accepted practice, fondue seems to fall in and out of favor in four- or eight-year cycles.

I have a lot of people have been asking me this, but I find that a sampling of a bunch of cheeses from all over the world to be the most rewarding and most inviting strategy. Too much of one cheese by itself can be bland, and you also run the risk of developing some kind of violent illness that could lead to purging (there are stories of a particularly nasty incident in Germany in the late-1930’s to early-1940's).

My advice is to get one giant melting pot, invite all of your friends over, tell them bring the cheese that's unique to them, start messing around with different combinations, turn up the heat, add a little wine, and see where it goes.
Here’s an Après Adam recipe that's a real crowd-pleaser:

Whatever you do, don’t try to make your fondue with just American cheese. It’s cheap, it’s an unnatural orange color, it’s extremely greasy, and, outside of certain parts of rural America, it’s universally disliked. It’s also bad for the environment.

Just to make sure we didn’t mess this valuable lesson up, we should do a recount.

The election is over and it’s time for a drink. Après-ski season is right around the corner. And while it’s great to look back on the golden days of après-skiing, maybe we don’t have to go back to simpler times when all we had was wine and cheese.

Maybe what makes après-skiing so great already, is that we have so many choices. We can celebrate our ski days with whatever combinations of wine, cheese, sushi, tacos, imported beer, Jägermeister, or burger and french fries that we want.

No one can tell us what après-skiing needs to look like. It’s up to us après-skiers. So don’t worry about how everyone else is après-skiing now or look back at how we used to après-ski better in the past. Let’s just join in the gemütlichkeit and. . . 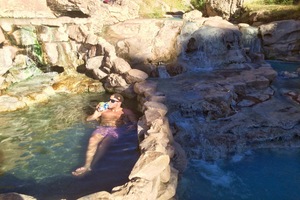 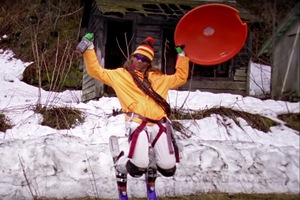 Step 7 Après-Ski Life: Get Tuned Up!